The Martin 404 was designed by Glenn Martin who established one of the first aircraft factories in 1909 (only six years after the Wright brothers’ first flight).

The Glenn L. Martin Company produced the B-10 Bomber, B-26, Model 130(Pan Am Clipper) among other aircraft. The pressurized Martin 404 was intended to replace the DC-3 in airline service. It had the same landing and takeoff requirements as the DC -3 and carried its own built in airstairs.  At 40 passengers, the 404 nearly doubled the capacity of the DC-3 (21 or 24). With a cruise speed of 280 mph, it was over 100 mph faster than the DC-3.

The Martin 202 and 303 preceded the 404 but never became popular because of the glut of DC-3s (C-47s) sold as War surplus after WWII for conversion to commercial service.

Only 103 Martin 404’s were built.  Eastern Airlines took delivery of 60 (Silver Falcons) and TWA had 40 (Skyliners).  The U.S. Coast Guard used two as VIP transports and the Martin Company retained one as a ‘gold standard’ for future reference or modifications

Our Martin 404, serial number 14142, was delivered to Eastern Airlines in February, 1952. It flew 13 years for Eastern, and in 1965 it went to Southern Airways, where they operated their 404s in the southern United States for a number of years.  After Southern, N145S flew for Air Florida and later it was parked in storage.  An entrepreneur in Florida bought N145S, along with 2 other Martin 404s with plans to use them to fly gamblers and vacationers to the Caribbean. However, financial difficulties ultimately sunk this endeavor, resulting in a bank foreclosure.

With the bank owning N145S, it sat on the ramp in Fort Lauderdale, Florida awaiting its fate. An alert AHM member learned of it, and after 18 months of negotiations with the bank, AHM took possession of the Martin 404. The purchase of the aircraft included Martin spare parts (probably the world’s largest collection of Martin spares.)  In 1993, the aircraft was in relatively good shape. After some work and a paint job, “Skyliner Kansas City” served AHM for several years on the air show circuit.  It is now on static display at AHM and is one of only a handful of Martin 404s in existence. 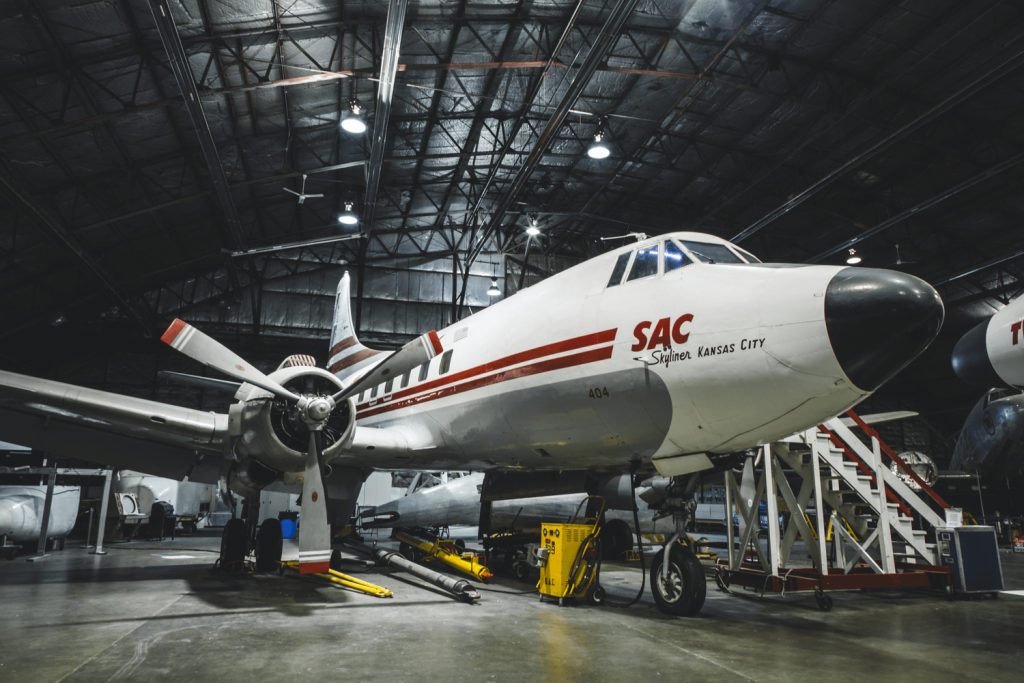 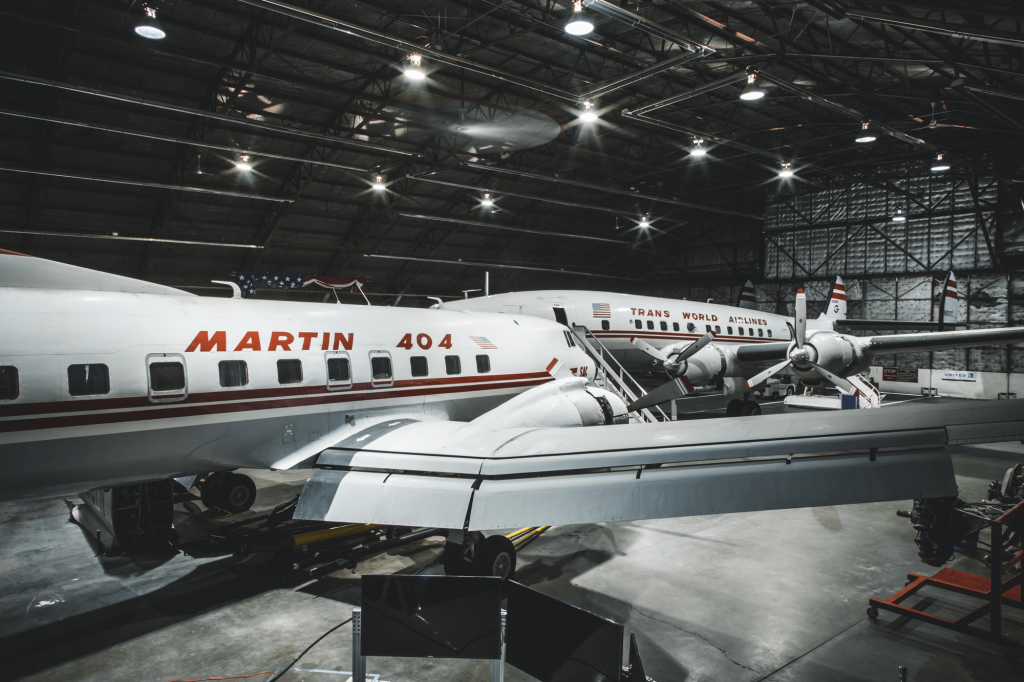 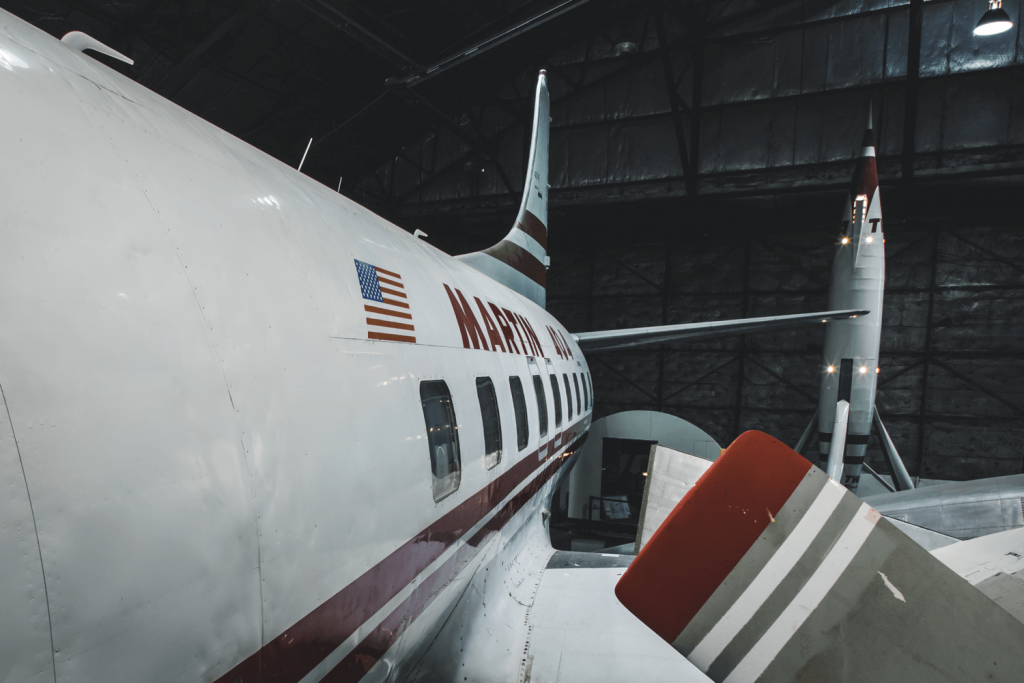 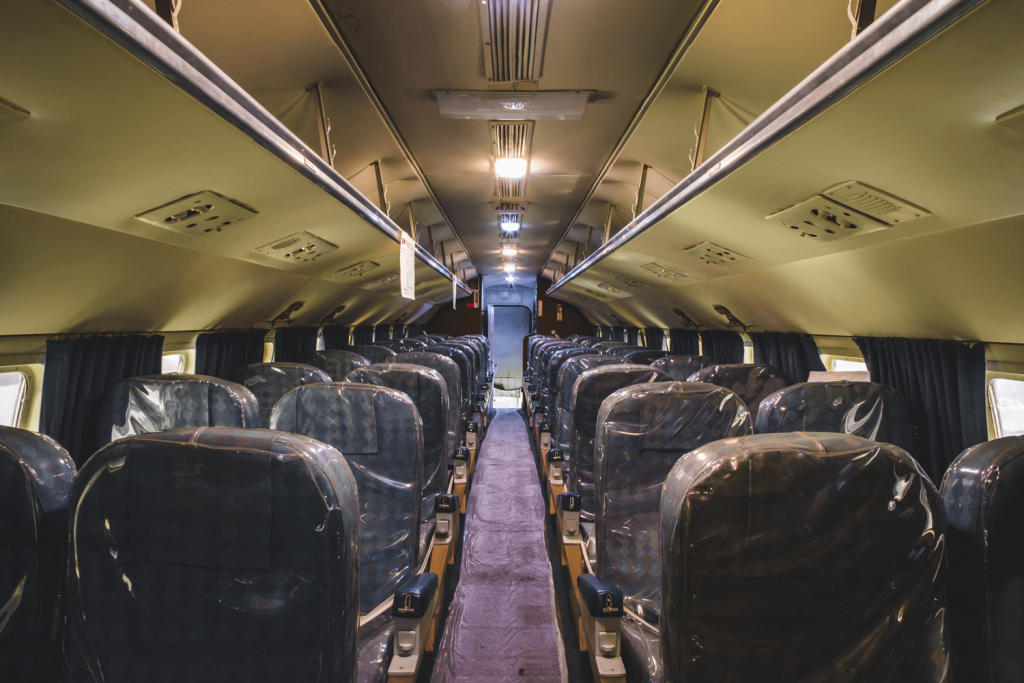 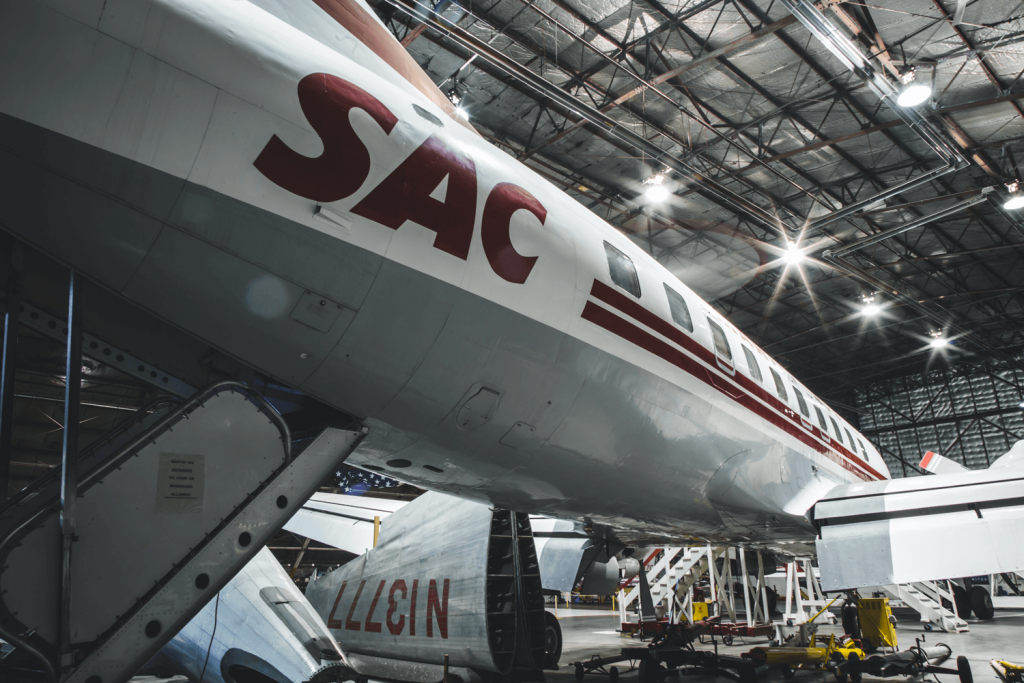 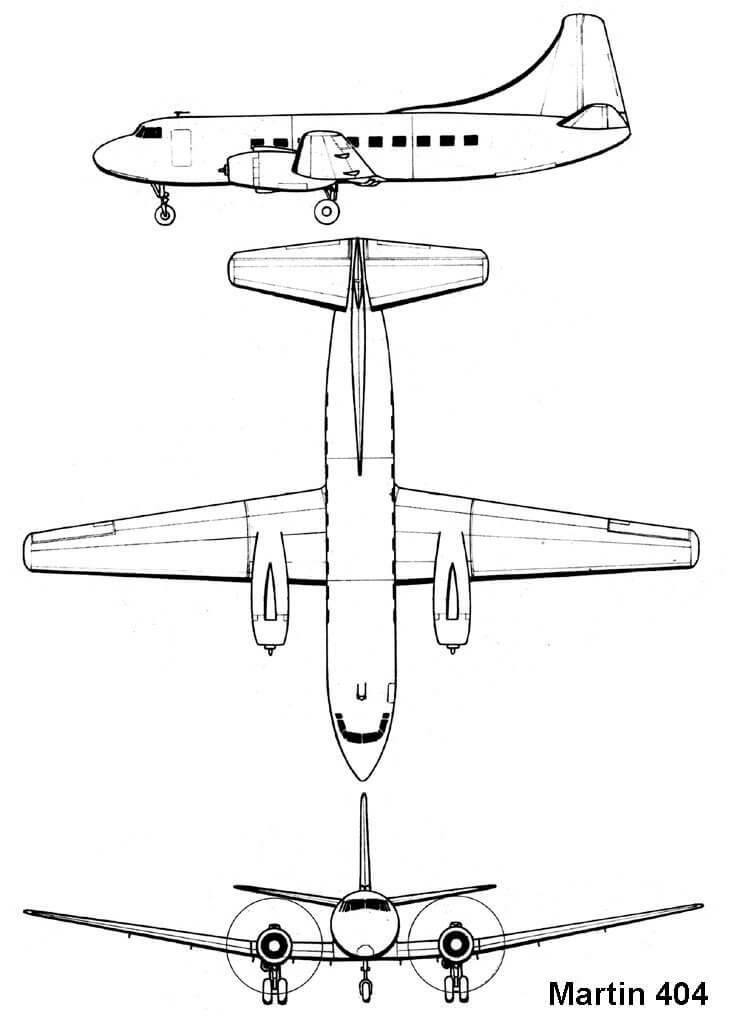