In the 1960s, American Airlines approached Lockheed and competitor Douglas (later McDonnell Douglas) with the need for an airliner smaller than the 747, but still capable of carrying a large passenger load to distant locations such as London and Latin America from company hubs in New York and Dallas/Ft Worth. Lockheed had been absent from the civilian airline market since the late 1950s following problems with its L-188 Electra, which had suffered a number of crashes early in its career.  Having experienced difficulties with some of its military programs, Lockheed was eager to re-enter the civilian market, and its response was the L-1011 TriStar.

The design featured a twin-aisle interior with a maximum of 400 passengers, a three-engine layout, low noise emissions , improved reliability, and efficient operation. The main visible difference between the TriStar and the DC-10 is in the middle/tail engine.  The DC-10’s engine was mounted above the fuselage for more power and easier maintenance.  The TriStar’s engine was integrated into the tail through an S-duct (similar to that of the Boeing 727) for improved quietness and stability.  A major difference between the two was Lockheed’s selection of the Rolls-Royce RB211 engine for the L-1011. As originally designed, the RB211 turbofan was an advanced three-spool design which was more efficient than competing designs.

American Airlines opted for the Douglas DC-10, although it had shown considerable interest in the L-1011.  Without the support of American, the TriStar was launched on orders from TWA and Eastern Air Lines. Although the TriStar’s design schedule closely followed that of its competitor, Douglas beat Lockheed to market by a year due to delays in power plant development. In February 1971, the massive development costs of the RB211 forced Rolls-Royce into receivership.   This halted L-1011 final assembly and Lockheed investigated the possibility of a US engine supplier.  Several options were considered,  but it was ultimately decided that it was too late to change engine suppliers.

Trans World Airlines heralded the TriStar as one of the safest airplanes in the world in the 1980s in response to concerns over the safety record of the DC-10, which was flown by most of its competitors.

DC-10 deliveries totaled  446 compared to 250 TriStars.  The difference is partially because of the TriStar’s delayed introduction.  Also, a heavier, longer-range version of the TriStar was not initially offered.  Being under government control, costs at Rolls-Royce were tightly controlled.  The company’s efforts were primarily directed to the original TriStar engines, which had needed considerable modification between the L-1011’s first flight and service entry. The competition, notably General Electric, was quick to develop their CF6 engine for more thrust, meaning that a heavier ‘intercontinental’ DC-10-30 could be more quickly brought to the market. The flexibility afforded to potential customers by availability of a long-range DC-10 quickly put the L-1011 at a serious disadvantage. Rolls-Royce went on to develop the high-thrust RB211-524 for the L-1011-200 and -500, but this took many years.

Although the original mission of AHM was limited to propeller driven airliners, the decision was made expand the mission to include ‘historic’ airliners which would include jets.  The first jet for AHM was the Lockheed L-1011 (TriStar), s/n 193B-1066.  This is an original TWA ship bearing the tail number “N31019” while flying for Trans World Airlines.  After sale by TWA, she briefly carried a foreign registration.  When acquired by AHM, she was identified as “N700TS.  We have since re-registered her to the original TWA number N31019.

Following lengthy negotiations, FAA granted a ferry permit allowing movement of the aircraft from Roswell, NM (ROW) to Kansas City, MO (MKC). The aircraft arrived on January 30, 2010.  The airplane is permanently parked south of the museum’s hangar with the tail extending beyond the fence line surrounding the airport apron. The aircraft is currently being transformed into an educational facility to help promote interest in aviation among younger generations. 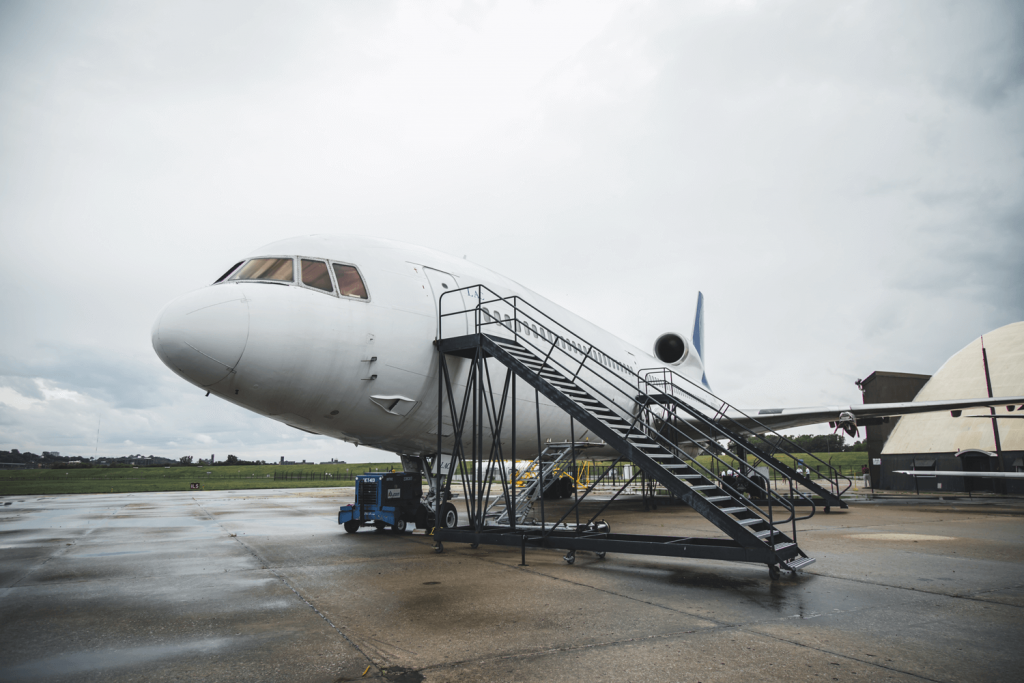 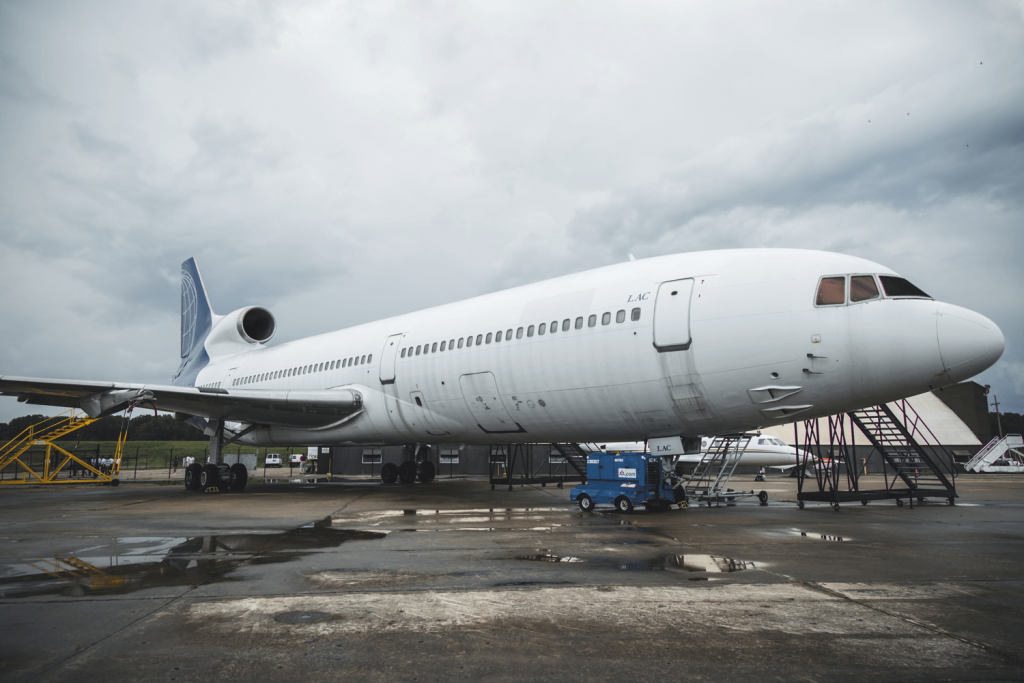 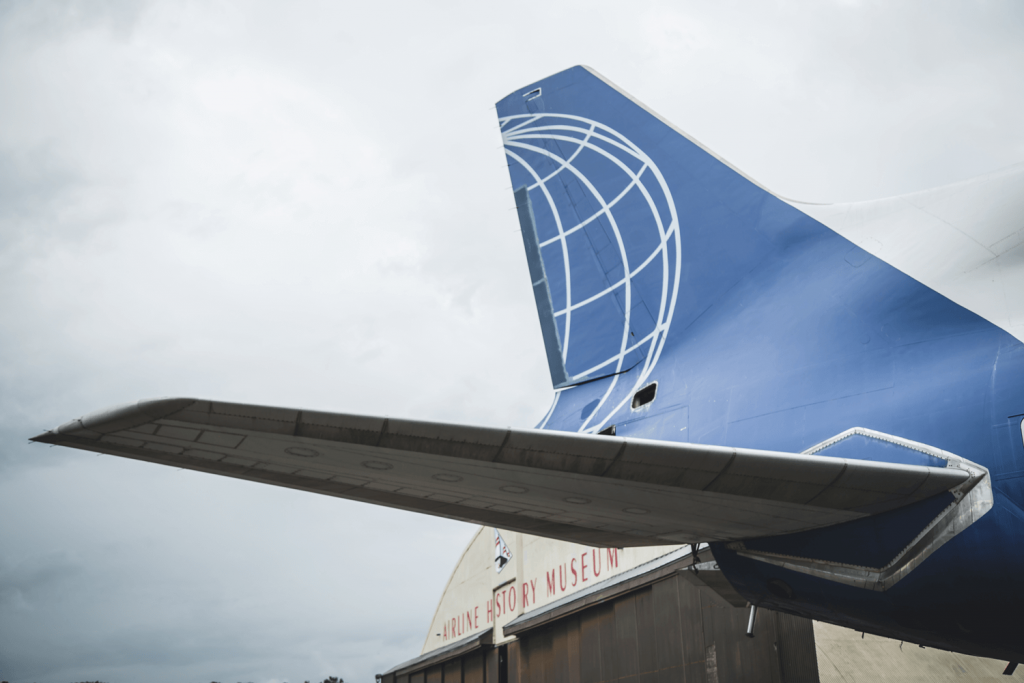 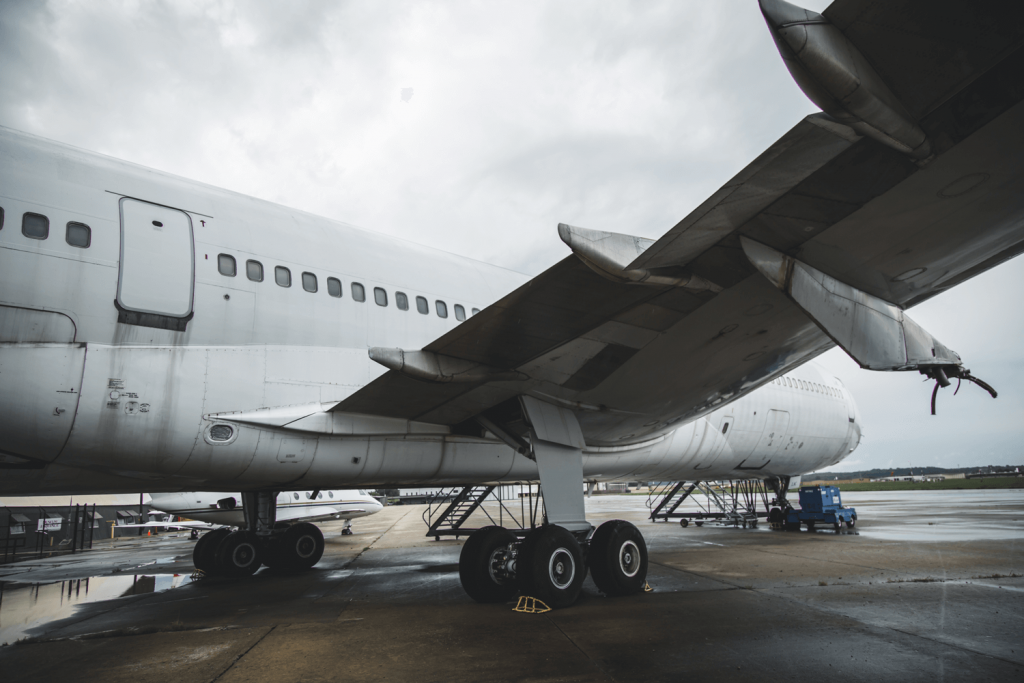 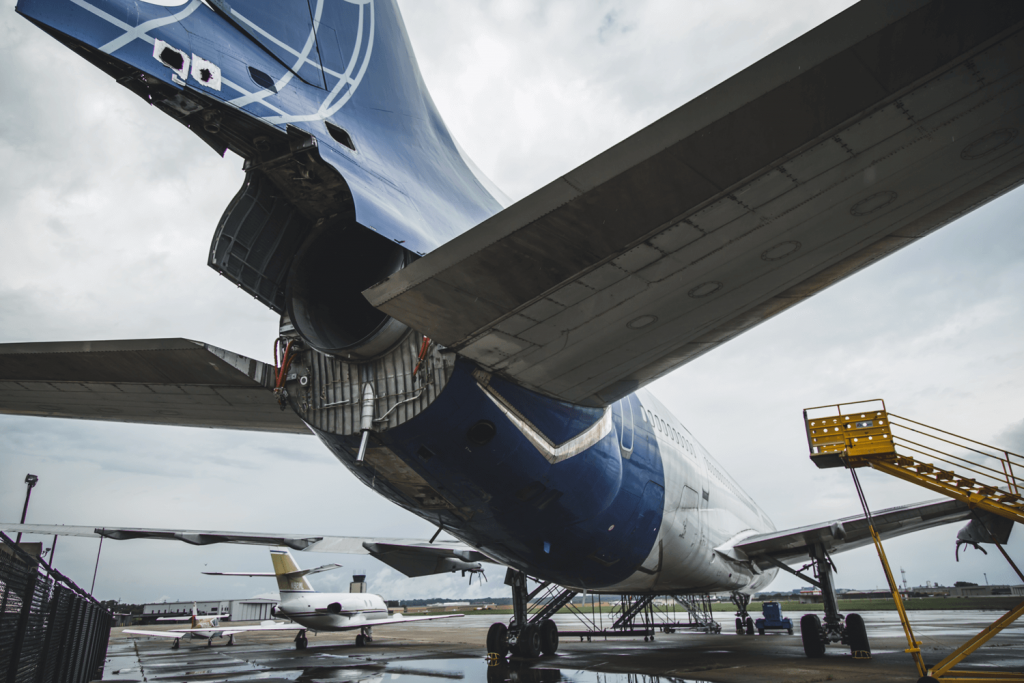 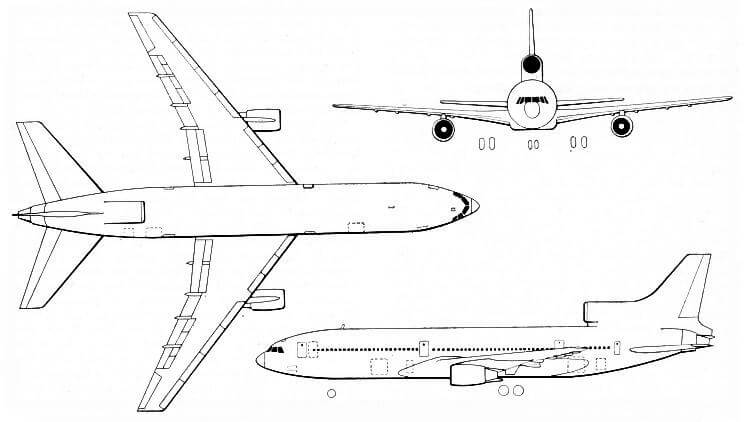