The KC Eaglet was made by the American Eagle Aircraft Corporation which started in 1925 right here in Kansas City, Kansas by Edward E. Porterfield. It was incorporated in Delaware in September 1928.

Porterfield was running a flight school at the Fairfax Airport outside Kansas City operating Jennies and Lincoln Standard biplane trainers. He felt the need for a more suitable and better-performing trainer aircraft so he consulted with several aeronautical engineers of the period including Bellanca. It wasn’t long before he launched the production of several light single-engine two-seat high-wing biplanes.

Later in 1929, the worldwide stock market crash severely depressed the sale of non-essential items such as sport airplanes, although American Eagle continued producing airplanes until 1931. Early in that year, Porterfield’s company declared bankruptcy and halted production. On 15 May 1931, the company’s assets were purchased by the Lincoln-Page Aircraft Company of Lincoln, Nebraska, and Porterfield assumed the title of aircraft sales representative of that company, which became known as the American Eagle-Lincoln Aircraft Corporation, with production headquarters in Lincoln.

Porterfield left the company in 1932, later forming the Porterfield Aircraft Corporation, and died of a heart attack in 1948. Victor Roos, a co-founder of the 1921 Roos-Bellanca Aircraft Company in Omaha, Nebraska, had left a management position with the Swallow Aircraft Company in 1928, and was tapped to head the American Eagle-Lincoln Aircraft Corporation. Most of the new company’s effort went into producing the Eaglet, but the depth of the Depression soon killed this effort.

During the six years of its existence, the American Eagle company (including its merged existence with Lincoln-Page) produced over 700 airplanes. At the time of the Depression it was the world’s third-largest aircraft production company. It held 8 Approved Type Certificates. 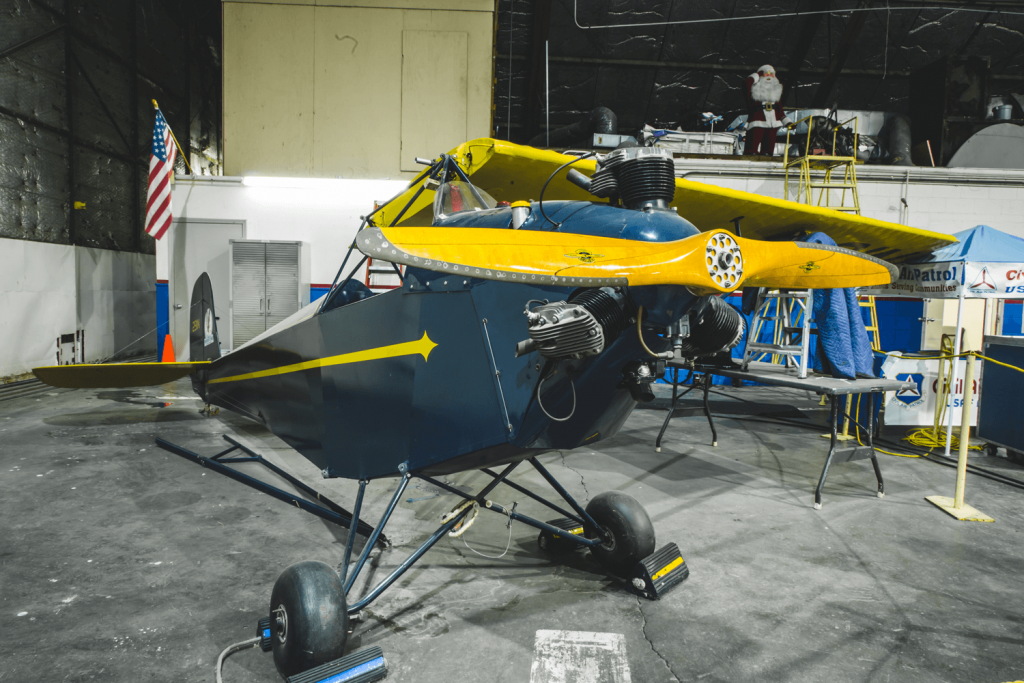 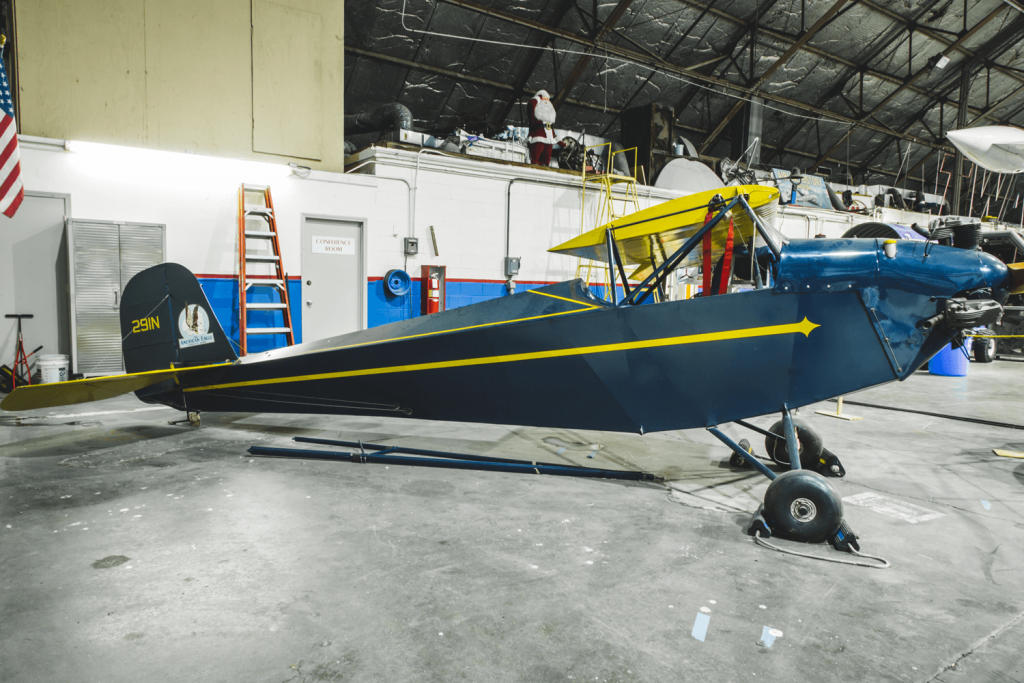 EAGLE MODEL A-129
Similar to the A-1, but with a five-cylinder Kinner radial engine. Since the Kinner was considerably lighter than the OX-5, it had to be mounted in a longer nose in order to maintain balance, leading to the A-1/A-101 being known as “short-nose Eagle”, and the A-129 being known as “long-nose Eagle”. However, the A-129 was also sold with other available engines, including the OX-5.

EAGLET MODEL A-230 EAGLET
Single-place high-wing monoplane open-cockpit aircraft of conventional configuration. Powered by various small radial engines of 25-45 hp range. A well-preserved example of the Eaglet with a three-cylinder Szekley radial is at the Arkansas Air Museum.