This Douglas DC-3-G202A, registration number NC1945, serial number 3294, was built in Santa Monica, California, in February 1941. It was delivered to Transcontinental and Western Airlines (TWA) at Kansas City, Missouri on March 4, 1941.

Approximately sixty percent of all DC-3 aircraft went to war as military transports (C-47s) in WWII.  Our aircraft served as a civilian airliner through and beyond the war years.  NC1945 is one of the very few existing DC-3s with the rare 24-passenger, 8-window configuration.  Most DC-3s are the 21-passenger, 7-window configuration.  This airplane flew with TWA as ship 386, from 1941 until 1952.  It then spent 14 years with North Central Airlines.  In 1968 it went into charter operations, and later was a travel club airplane with Coronado Airlines in California.

The airplane did geo survey work in Torrance, California, and then sat in the desert west of Palmdale for a few years in storage, as part of an estate.  Last, she was flown to Roswell, New Mexico in the mid-1980’s for storage.

In 1993, AHM members became aware of it, and “old 386” was purchased from a Denver museum.  An AHM crew made three trips down to Roswell to take the fuselage off the center section and load the parts on trailers for the highway trip to Kansas City, Missouri.

After locating work space that would hold the airplane, restoration work started.  Stripping paint from the fuselage was the first step in determining the condition of the outside fuselage skin.  Removal of insulation from the inside of the fuselage skin showed the real problems that lay ahead.  Corrosion had played havoc with the skin panels, rings, stringers, and many other parts.  Rational evaluation would have dictated that the aircraft’s condition did not justify putting any more labor or money into this airplane. However, the sentimental and historic value of the airplane’s ties to Kansas City’s aviation history and to the KC “hometown airline” (TWA), AHM decided to continue with the project.

The frame was in good shape, with minor corrosion. This was caused by glue used on the cabin insulation.  Old frames and parts were used as templates and patterns for the new ones. So, it was a matter of basically building a new airplane, from the inside out.  The majority of the exterior skin has been replaced with new materials.

Both of the Wright 1820 Cyclone engines have been re-manufactured to better than original specifications. The exterior and interior restoration are nearing completion. The installation of new carpeting and beautifully restored seats is complete.  After all of its travels, this DC-3 has come home. 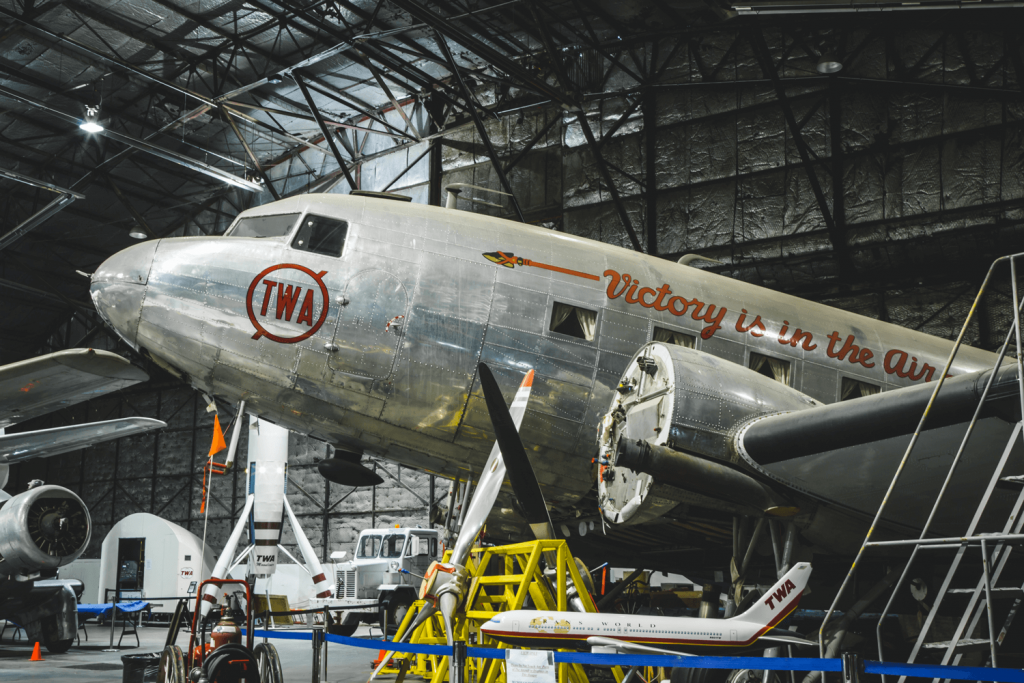 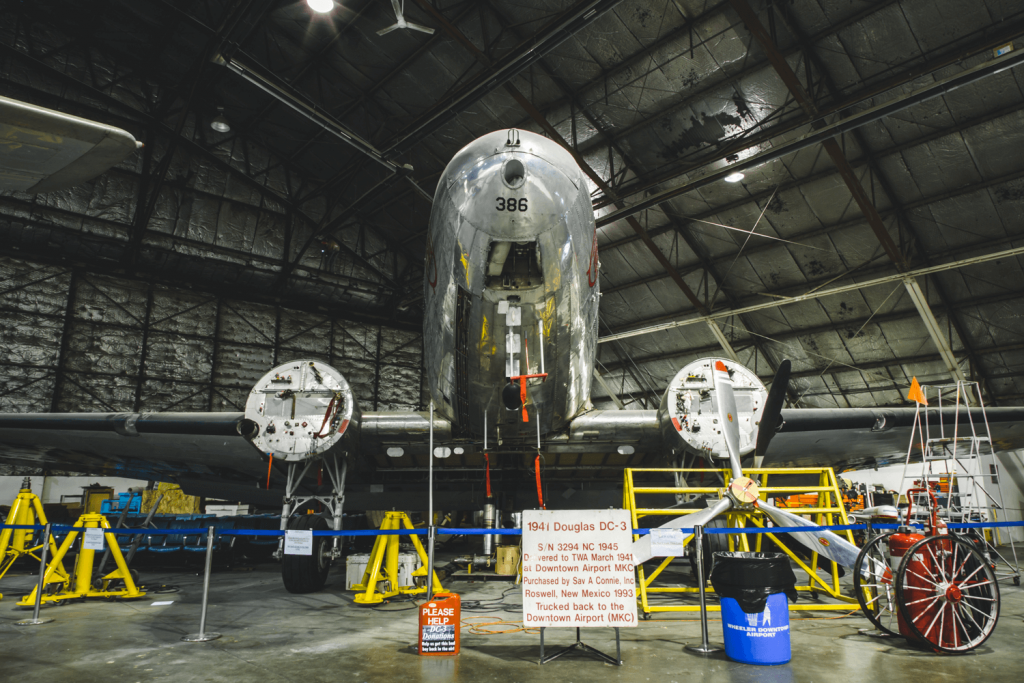