The Airline History Museum welcomes Boeing 727-223 tail number N874AA as our latest addition. This new addition comes courtesy of the Musuem of Flight in Seattle, Washington. We are fortunate to have developed a great relationship with the Museum of Flight and they have graciously donated this aircraft to our museum. This project came about when they began planning a new building that would house many of the prototypes from Boeing including the 787 and 747.

Stored away at Paine Field in Everette Washington, the museum had acquired the very first 727 which was delivered in 1963. With decision made to ferry N7001U to Boeing Field and add it to the new facility the MOF was running short on space. N874AA was in need of a new home.

Fortunately, one of our favorite members, John DeLapena was visiting the MOF at that time and discovered the American Airlines 727 was in danger of being scrapped. He spoke to Bob Bogash and asked if they would let our museum provide it a new home. Bob, being the passionate aviation preservationist that he is, went to work with the MOF board and staff to make it happen. On March 4th 2016, the MOF signed the aircraft over to the museum. The crews are hard at work to prepare the aircraft for its ferry flight to its new home at Hangar 9. 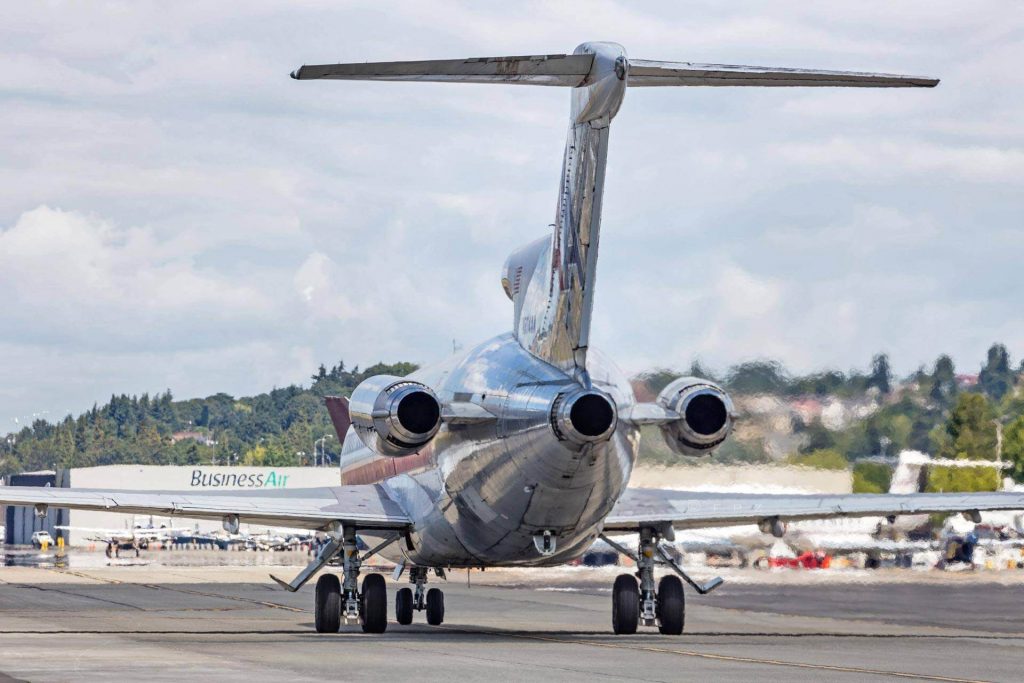 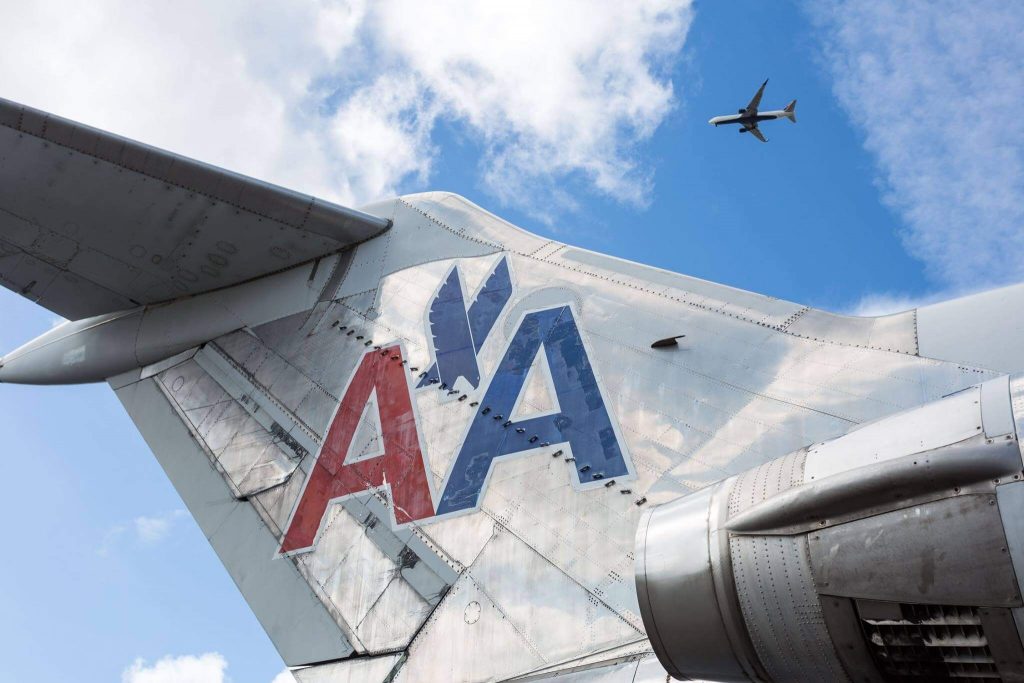 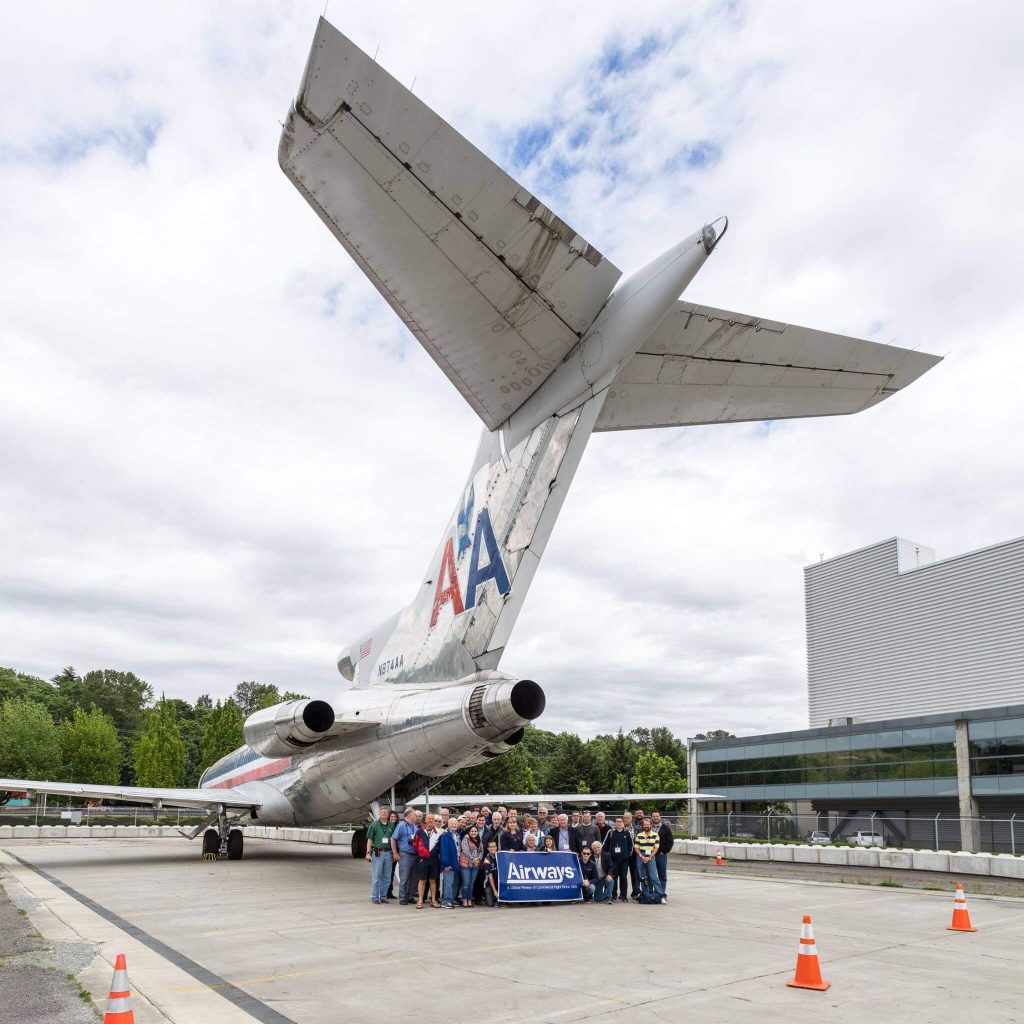 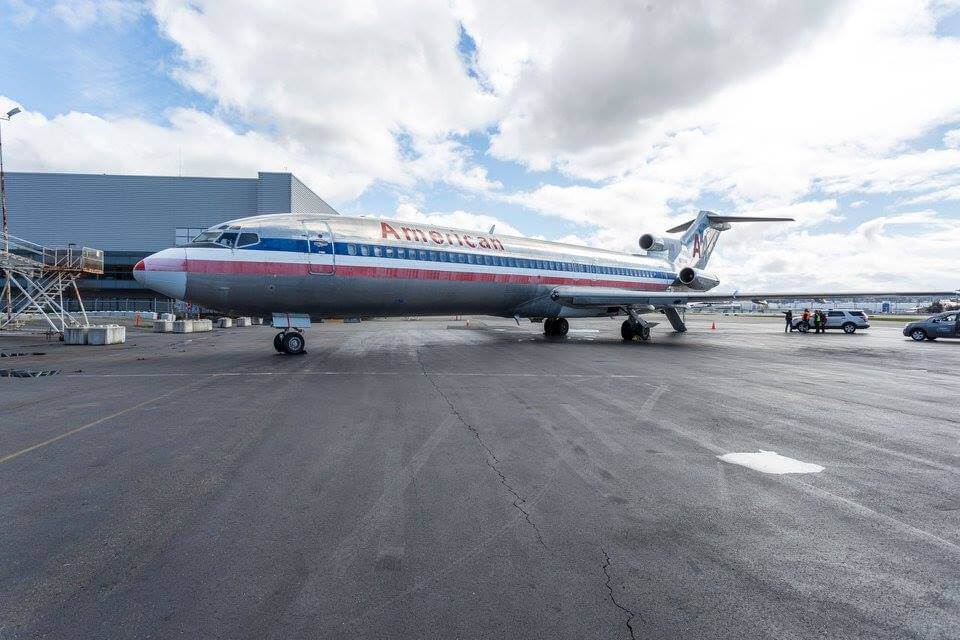 Your help is desperately needed to make this airplane airworthy so it can be flown to its new home in Kansas City, Missouri.  Fortunately, the airframe remains complete with all major systems intact and operational; however, a big airplane requires a lot of space, insurance coverage, and many gallons of expensive jet fuel to simply test the engines.  Without your help, this piece of aviation history remains at risk of scrapping.

WHAT WE’VE DONE SO FAR

The first step was to vacate the Museum of Flight so that construction of a huge aircraft display building could move forward.   Clay Lacy, a premier fixed base operator, generously provided ramp space, towing, and other ground handling support.  The King County Airport has provided meeting space for gatherings, fire protection for functional tests, and other valued services.

The integrity of major systems to include avionics, fuel, hydraulics, engines, airframe, and flight controls has been validated.  Actions are planned to resolve any minor discrepancies encountered.

Our goal immediate goal is to fly N874AA from Boeing Field in Seattle to Paine Field in Everett for needed maintenance.  The next destination is historic Kansas City Downtown Airport.  There it will join the other aircraft in the AHM collection and receive the ongoing care necessary for its long term preservation.  We anticipate that occasional flight and participation in various air shows will be feasible.

There are many risks with recovering historic aircraft.  We work as hard as we can to minimize these risks but there are sometimes issues that prevent us from meeting schedules and goals.  While we are confident in the ultimate ability of the aircraft to fly, we cannot guarantee any dates for the movement of the aircraft to Kansas CIty, but we will do our best.

THANK YOU TO ALL OF THE PEOPLE WHO HAVE MADE THIS PROJECT POSSIBLE. IT IS NO UNDERSTATEMENT THAT WE COULD NOT HAVE DONE THIS WITHOUT YOU!